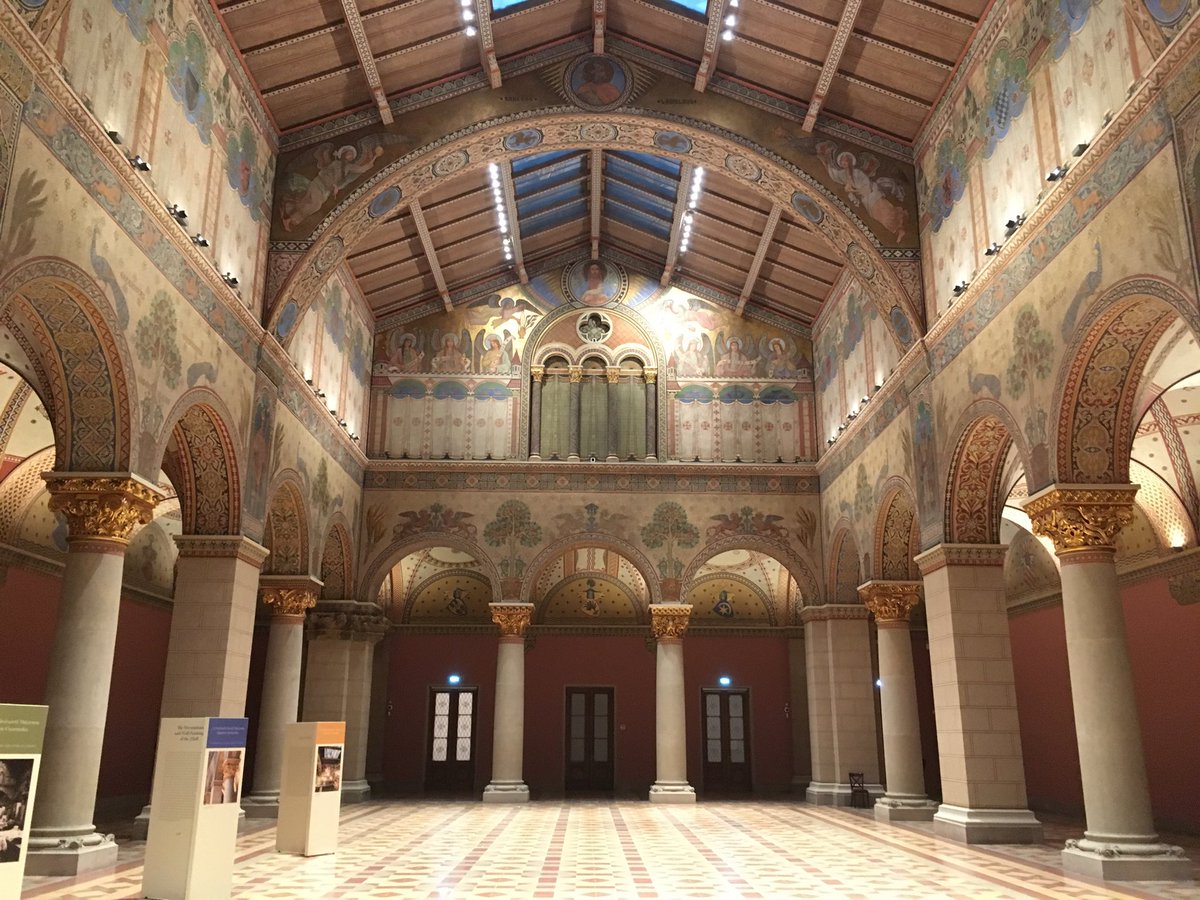 For the last week I have been physically in Hungary but intellectually in the UK.

We've been to the opera. Twice in fact. Once to see a wonderful performance of The Magic Flute and on the other occasion to see for the first (and undoubtedly last) time, Puccini's Golden Girl of the West. Which, if it is not the worst opera written by a major composer in their prime, must certainly be on the shortlist.

But we've also been to see the magnificently restored Budapest Museum of Modern Art (picture above) and on an extended tour of the Christmas Markets. I cannot commend either too much.

Mainly however we have been visiting Andi’s folks and, since I don’t speak Hungarian, outwith these  couple of trips into central Budapest, I have been largely left to my own devices while Andi chats away interminably to her mother about God knows what, possibly me, and her dad watches 1970s US cop shows dubbed into the local language.

So I have spent even more time than usual on Twitter. Following the current dysfunctional state of British politics. And here are my conclusions. Over Brexit, there are only two intellectually coherent camps. There are the hard brexiteers. Sure, much of their short term argument is dishonest, presumably on the principle that the end justifies the means, but, like the Scottish Nationalists, to whom they bear such a marked resemblance, they believe that any interim pain will be worth it for the long term gain. To continue that analogy, they aren't even entirely clear what that long term gain would be but they do genuinely believe it will be there. Thus their strategy is clear. Run out the clock. We are leaving on 29th March and they have the metaphorical points on the board in the form of The European Union (Withdrawal) Act 2018.  Like Clive Woodward's England, what does it matter if the ball is messily retained by the forwards for months on end (to be fair, with Woodward's England, it only seemed like months) in a spectacle few would want to pay to watch? Wait for the 81st minute and then kick the ball into the crowd. Victory will be their's. They know what they are doing.

And so to the second coherent argument. That of Mrs May and her principal public partisan, Rory Stewart. I have a huge regard for Rory Stewart, who I first met during an earlier referendum. He is no lackey. Had it not been for his principled opposition to British policy in post 9/11 Afghanistan and indeed his opposition to the complete folly of the second Iraq War, he would surely be much higher up the ranks of Government than he currently is. So, when he allows himself to be called to the colours, it is not out of blind loyalty, it is out of conviction. He makes no pretence that the current deal is perfect. No agreement could be which both respects the result of the referendum and yet wants to protect as much as possible of which we already have, (an "already have" which, let us not forget, is still the personally preferred and informed option of almost all senior politicians in all four of our major Parties). No such deal will ever be perfect. But Rory asks the simple question "If not this, then what?" And no-one answers. For no one else has a coherent answer.

Let's start with the "Peoples' Voters". If I thought for a minute that we could just re-run the original vote and that, this time, my team would win by a landslide, then the Peoples' Vote would have no greater advocate than I. I really, really want to stay in, with a commitment that would make Michael Heseltine look almost eurosceptical. Only there is no evidence at all that this outcome would be the inevitable result of a Peoples' Vote. . Choose your opinion poll and sometimes we win. Indeed on balance we are currently more likely to win (just). But, two things. That was also what the polls said before 23rd June 2016. And even if we do win? To settle the matter it would have to be decisive. To pose a far from hypothetical example, suppose, this time, my team this time triumphs 51/49? Who would actually have won this double header? So, onwards to a "best of three" penalty shoot out? And that's even before we look at the simple practicalities of how we actually hold such a Peoples' Vote prior to 29th March? Or indeed what the question would be. This is not a serious proposition.

And then we have the "EFTA"ers. I'm for this as the least worst option for our future relationship with Europe. But Mrs May's deal is not about our future relationship, which is what any ultimate EFTA deal would be about. It's about the terms on which we leave NOW. Now being by the end of March. For that, let me just repeat, is the law. The transitional provisions baked into the deal settle nothing in that regard. They just guarantee there would be a transition. And in terms of that guarantee, it is this deal or no deal. And as to the importance of that transition?

This has been the week of Priti Patel's observation that if there is disruption to our food chain then the Irish won't be exempt. Given British/Irish history this was, to put it mildly, best left unsaid,. It is however  undoubtedly true. Let's be frank. In the event of a hard Brexit, the Irish might up end up with empty supermarket shelves and have little choice about it. For much of their fresh food would then have to cross two customs boundaries.  Except that, unlike the Irish,  we do have a choice. And while this potential food shortage is a choice the Irish didn't choose for themselves, it is one, for ourselves, that Ms Patel actively favours! For them in the form of a punishment but for us in a bizarre form of reward!

And then finally we have the Labour Party. To what end? I am a member of the Labour Party. I may have mentioned that previously. So, if I confess I have no idea what our policy is, then I defer to no less informed individuals in trying to explain it to me. Our "policy" appears to be a General Election. During the campaign of which election we would have no policy at all other than an inexplicable "better" deal on leaving. Albeit that we couldn't explain what that better deal was and the vast majority of our candidates wouldn't actually want to leave at all. But this apparently would be all right on the night. Anything's possible, I suppose. Particularly if you ignore the MSM and assume the electorate will gain their information entirely from Novara Media. Except the Jews of course. Who can just fuck off altogether.

So, back to where I started. There are only two serious options and they in the end both turn on a question their partisans both agree on, if they agree on nothing else . It all rests on whether Mrs May survives. If she does, then in the end her deal will pass. If she doesn't, then we will be left with the only other coherent option. A hard Brexit. Possibly even embodied in the person of her successor as Prime Minister.

And thus finally I come back to Rory Stewart. During the week he was described somewhere as Horatius charged with keeping the bridge. Suggesting that he was faced with a hopeless task. Forgetting that Horatius, although does not actually keep the bridge, does in the end win the day. It is a poem I knew in childhood and thus, like such poems it never entirely leaves you. Although I confess to a bit of internet research to refresh my memory.

But that done, I remember the words of Spurius Lartius provided by McAulay.

"Lo, I will stand at thy right hand and keep the bridge with thee."

Time others stepped up to that plate.